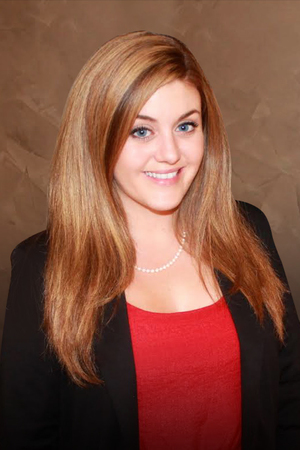 Katie La Bouff joined the NBCUniversal StudioPost team in the Summer of 2021 as the TV Mix Stage Scheduling Supervisor, where she oversees the schedules and client services for eight mix stages.

Prior to coming to NBCUniversal, Katie served as an Associate Producer on the New Line feature, GAME NIGHT, and worked in TV Comedy Development for 20TH Century Fox TV Studios. She began her career as an Agent Trainee for United Talent Agency, where she worked in the Feature Literary, TV Literary, and TV Directing Departments. While working for UTA, she served as the President of the Junior Hollywood Radio and Television Society and volunteered with the Motion Picture Television Fund's Channel 22 on the Wasserman Campus.

Katie is originally from Southern California and graduated from UCLA with a Bachelor's Degree in History with a Film/Television Minor.  Katie has always loved music, film, television, theater, and all things entertainment. She feels incredibly fortunate to work for NBCUniversal, where she can continue to chase what makes her happy.