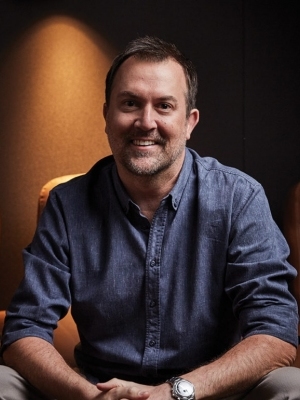 Starting his career at a music recording studio in New York City nearly 30 years ago, Andy King began his journey in post-production sound when he moved to Los Angeles in 1991.  He worked as a dialog, music & sound effects editor and sound designer for close to a decade.  Andy's passion and respect for the edit/design process led him to become a Re-recording Mixer.

As a Re-recording Mixer, Andy is incredibly collaborative, versatile and creative.  He's mixed dialog, music and sound effects for feature films, broadcast TV, film trailers, internet content and video game cinematics.  Andy has a fantastic work ethic, knows his craft and is committed to providing the highest quality soundtrack for all clients.