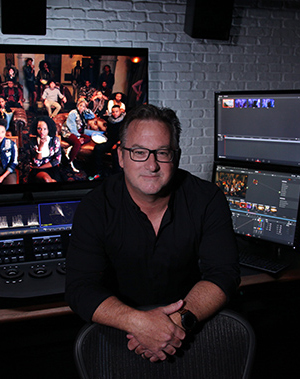 Scott Gregory joins StudioPost from Warner Brothers - MPI, where he worked on features, television, commercials and music videos. Scott is most well-known for his work as a Senior Colorist with Anderson Video, Technicolor Digital Intermediates, and Post Works LA.

Scott has numerous television credits including Cagney and Lacey, In the Heat of the Night, 2 Broke Girls, Netflix’s Dear White People and Chicago Hope for which he won the International Monitor Award.

Some of his feature credits include The Bucket List, The Holiday, The Secret Life of Bees, Twilight, and Memoirs of a Geisha for which Dion Beebe was awarded the Oscar, ASC and BSC awards for best cinematography.